Hollinsclough Church of England Academy supports the educational needs of the children within what is termed the Benefice of Longnor (including Quarnford, Flash and Sheen areas which are within the Ecclesiastical Parish of Longnor).

The original Hollinsclough St. Agnes Church of England School was founded in 1789.

The church building still remains, and in so far as we know it is owned by members of the former Wheldon School PTA from Nottingham and they renamed the old school The Hollinsclough Bunkhouse/Michael Hutchinson Residential Centre. It was intended that they would use the building as an outdoor education facility for their pupils, which they did from the late 1960s through to around 2010. Since then the old school building started to fall into decay and nature is now starting to reclaiming parts of the site. The Wheldon School was renamed Carlton Academy around 2011 and is now part of the Redhill Academy Trust in Nottingham. The old building now forms part of the Redhill Academy Trust estate, although not directly owned by them.

Our current school building – opened its doors to pupils as Hollinsclough Church of England Primary School on its new site adjacent to the former St Agnes Church in January 1960.

The school achieved Grant Maintained status during the early 1990s when the then Government of the day offered the opportunity to all schools across the country. Hollinsclough was the only school in the Staffordshire Moorlands who took on this opportunity, and as a result, it fostered an independent attitude and openness to change and new challenges, leading rather than being led.

Sadly with a change in Government in 1997 and their subsequent restructuring of education, the then Hollinsclough Church of England Grant Maintained (or GM) Primary School became Hollinsclough Church of England Voluntary Aided (VA) Primary School on the 1st September 1999. VA status gave the school its continued independence from most of the mainstream system and helped to keep the school open when numbers fell to only five pupils in 2009.

The introduction of the Flexi-schooling option – our success story

In a bid to ensure a viable future for our school Mrs Janette Mountford-Lees (our Principal) took the bold step to develop the Flexi-schooling concept, the outcome of which boosted numbers from 5 children in 2009 to now over 53+ in 2019. A number that we had sustained apart from 2018 when the number dipped to 41. We have since recovered to the now 53+ and are expecting a few more children as new families move into the locality. We remain one of the largest small schools in the upper Moorlands area despite having a catchment area made up of holiday lets, second homes and contested boundaries, not mention a lot of cows, sheep and beautiful countryside.

Since 2010 and over the intervening years our Governors with the full support of parents and pupils attempted to convert to an Academy on several occasions. This was finally achieved on 1st September 2015, when the school joined forces with the Bursley Academy in Newcastle-under-Lyme and Manifold Primary in Warslow to form the Bursley Multi-Academy Trust (and recently renamed The Praxis Trust). At the same time, the name of the school changed from Hollinsclough C of E (VA) Primary to that of Hollinsclough C of E Academy.

In early 2017 following a review of the management and general structure of the MAT a rebranding process took place and the BMAT was renamed The Praxis Trust. 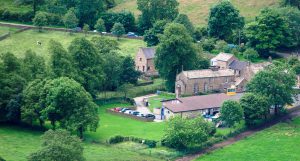 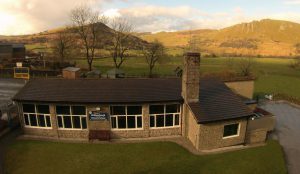